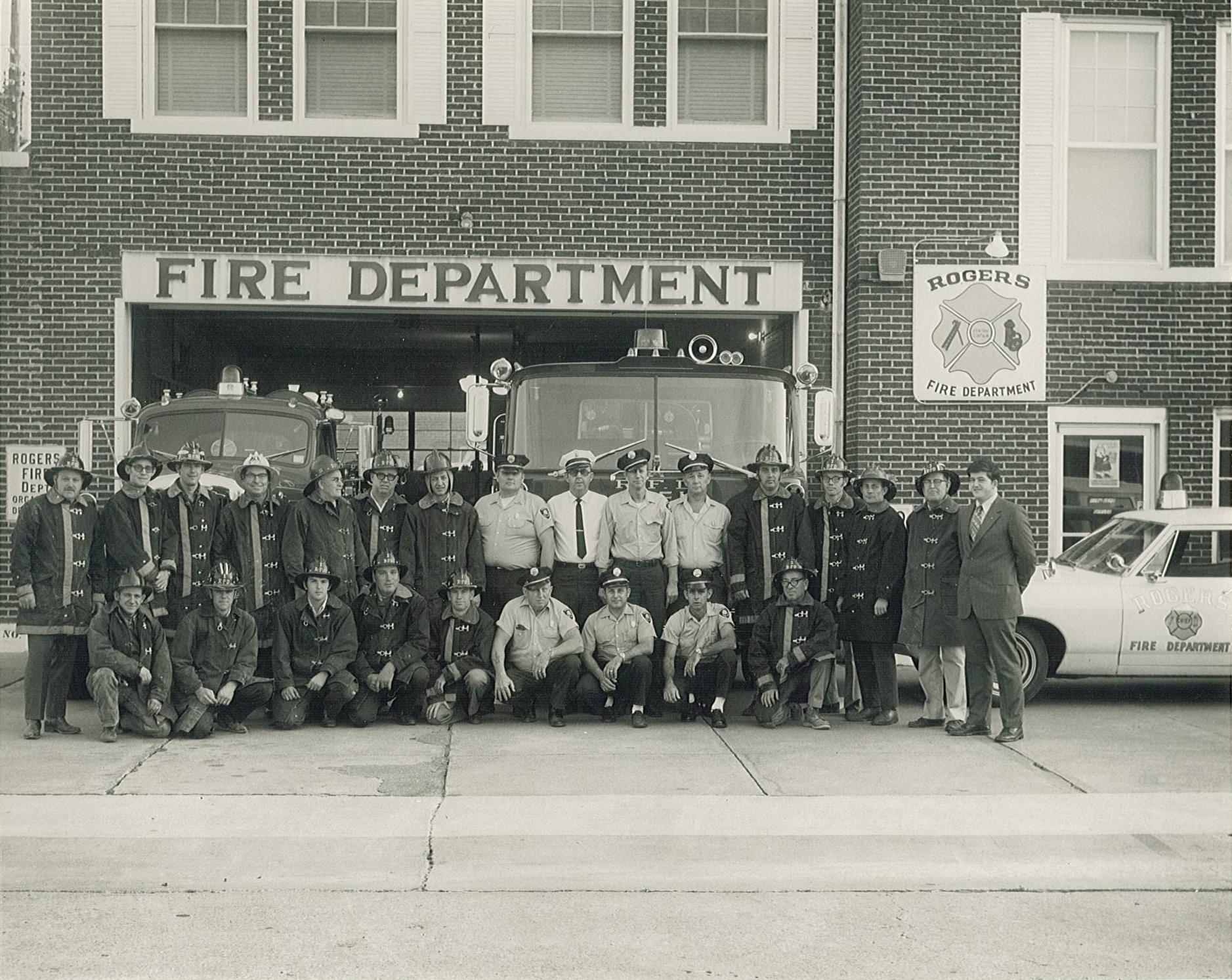 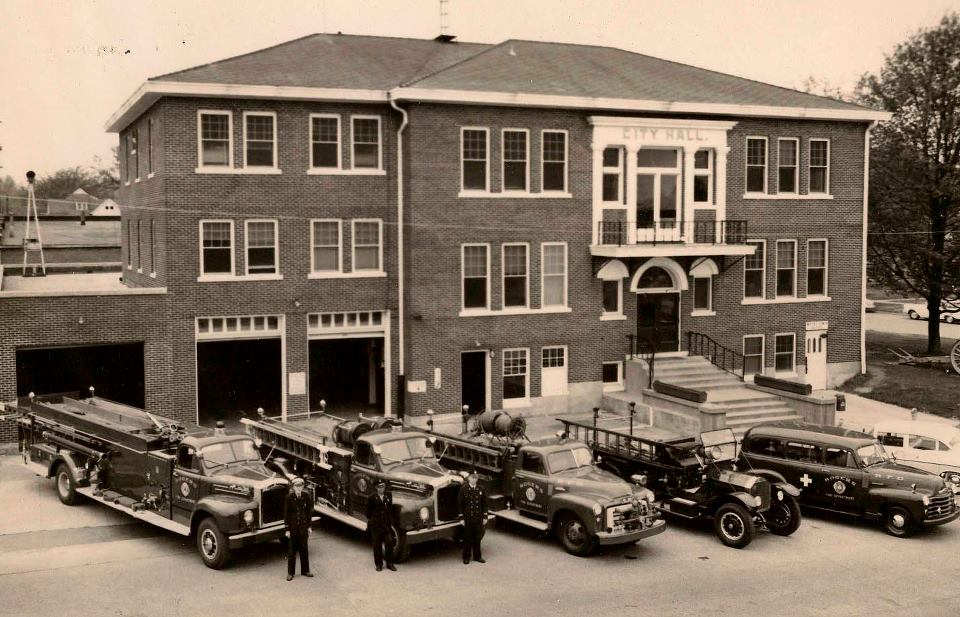 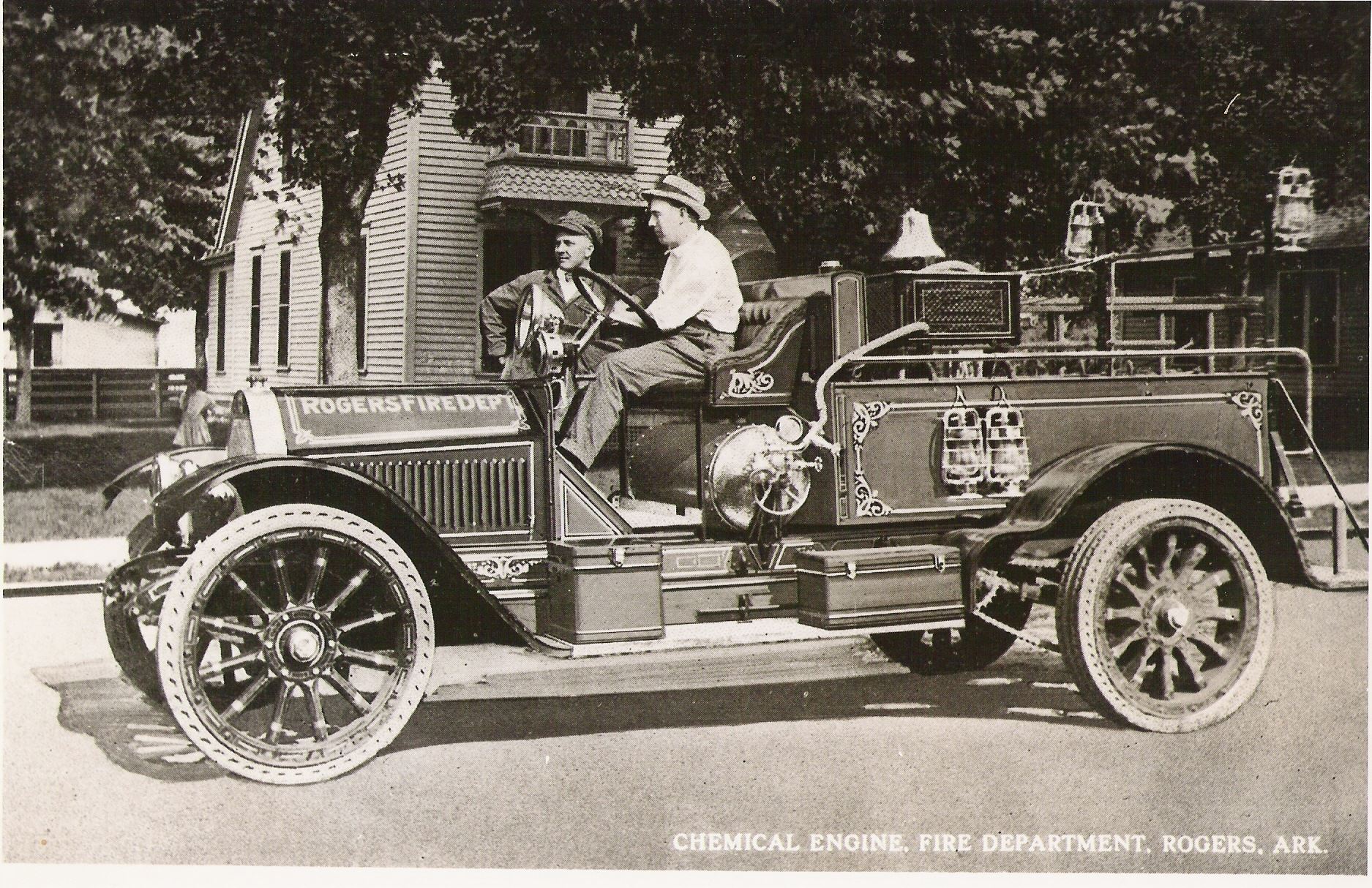 "Those that fail to learn from history, are doomed to repeat it."
- Winston Churchill

In 1888, a group of businessmen headed by J. A. C. Blackburn conceived the idea of organizing a company to lay water pipes and distribute water from Diamond Spring. The company erected an elevated brick water storage tower not far from the intersection of East Walnut and Spring Streets. That reservoir continued in use until 1900, when it was replaced by a 100,000-gallon capacity elevated steel tank that stood near the old brick one. It is known that the first water system included at least some fire hydrants, for the first notation in the minutes of the fire department organized in 1888 reported that W H. Dyer and C. H. McCubbins were appointed as hydrant men.

The Rogers Fire Department began as Rogers Hose Company Number 1 on November 22, 1888, when the first volunteers showed up to form the organization. John H. Rebholz was named first chief at this meeting. On December 13, 1888, Chief Rebholz, secretary Q.M. Bixler and H.H. Miller were appointed to draft the bylaws and constitution. They reported back 6 days later, their report was accepted and the constitution and bylaws were read by article and section and adopted.

The Rogers Hose Company Number 1 was chartered December 19, 1888. Over the next 10 years the fireman put on balls, parades, and other festivals to support the organization. They took their profession very seriously and expected perfect attendance at meetings, drills, and other assignments. This mindset of perfecting the profession still is true today. January 10, 1889, Rogers Hose Company reported that the Buckeye Foundation would furnish an alarm bell, the city's first fire alarm system.

Now to work out a code of fire signals: "Rapid ringing of Bell, Fire. One tap for first ward, two taps for second ward, three taps for third ward; four taps for fourth ward, one tap, rest, and one tap and repeat, for practice or meeting. There was one year, from October 1, 1902, to October 1, 1903, when the fire alarm was sounded but once. That was a summons to a flue fire, which firemen were able to extinguish without the necessity of connecting the hose.

In August of 1889, uniforms were ordered for the fireman to wear. They began setting schedules for practice and drills, weekly. Fines were issued to those members who missed meetings and training. June 4, 1896, a committee was formed to establish a seal for the Rogers Hose Company. Throughout the 34-year history of Rogers Hose Company Number 1 until it was formally reorganized in 1922 to become the Rogers Fire Department as an integral part of city government, it was made up entirely of volunteers. This history still lives on in the hearts and minds of the men and women of the Rogers Fire Department.

Today the Rogers Fire Department has over 100 members and 7 fire stations. The department responds with 18 front line emergency response apparatus, including 5 engine companies, 2 truck companies, 1 heavy rescue unit, 4 ambulances, 1 airport fire response unit, 2 brush pumpers, and 1 command unit. The department has is made up of all career firefighters with an exceptional administrative staff lead by Fire Chief Tom Jenkins.

The training center in Rogers is an outstanding facility to support the firefighters education and skills training. The training center contains 2 classrooms and a apparatus bay for inside drills. Outside, the drill tower, Flashover trainer, and other props are used for practicing skills evolutions. The training center is used by all communities and hosts the regional fire academy for new recruits from all over Northwest Arkansas.

An annual Fire Department Anniversary Dinner is held on December 19th every year to remember the current members and those that served the community in the past. The firefighters stay involved in community events and fund raisers. The Rogers Fire Department provides the community with exceptional risk related service and is focus the effort to continually improve. This is accomplished by all members committed to a professional attitude and an extensive training regimen.